As the city of Cleveland grew, more and more immigrants were attracted to the area. On the West Side, this included a large population from Ireland. As this community grew, the need for Catholic Churches also increased.

In 1880, Fr. Eugene O’Callahan, then assigned to St. Patrick’s Church, Bridge Avenue, petitioned the Bishop to create a new Parish on Gordon Street (now West 65th Street), which was the western border of Cleveland at that time. 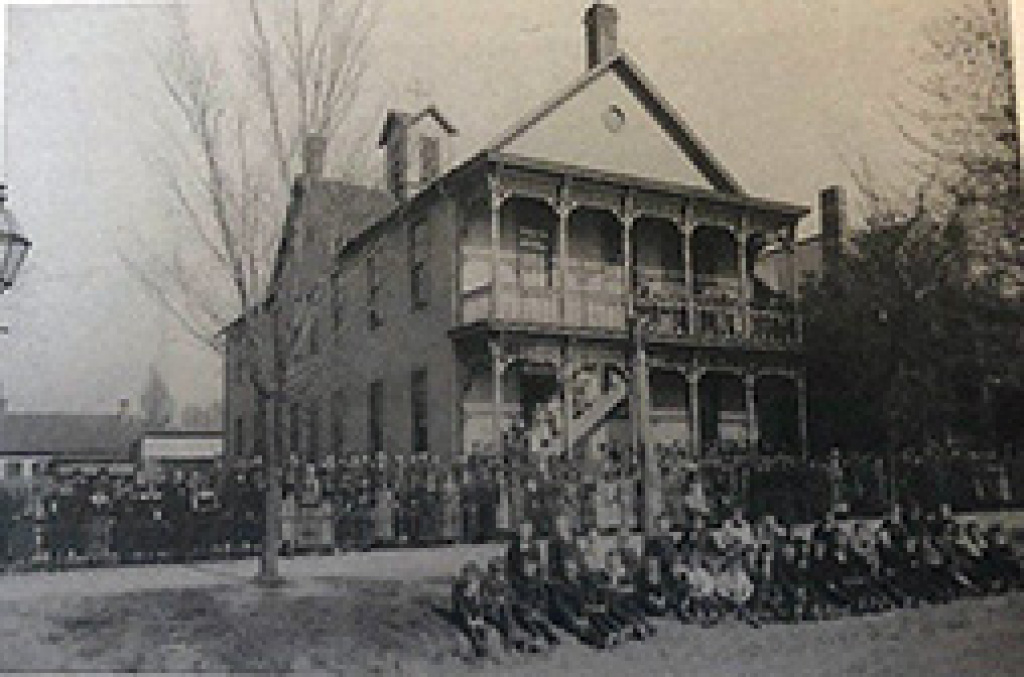 School was begun in Fall 1880 with one teacher. A frame school building was completed in 1885 with 3 school rooms and a hall on the second floor. The School later moved to Madison Avenue, in 1904.

In 1886, the Congregation of St. Joseph Sisters came to St. Colman’s, to operate the School. As years went by, the Sisters ministered in many other ways.

Following the death of Fr. O’Callahan in 1901, Fr. James O’Leary was assigned as Pastor, serving until 1922.

A former boxer, Fr. O’Callahan was a man of many gifts and talents, who undertook constructing of a permanent Church and School. 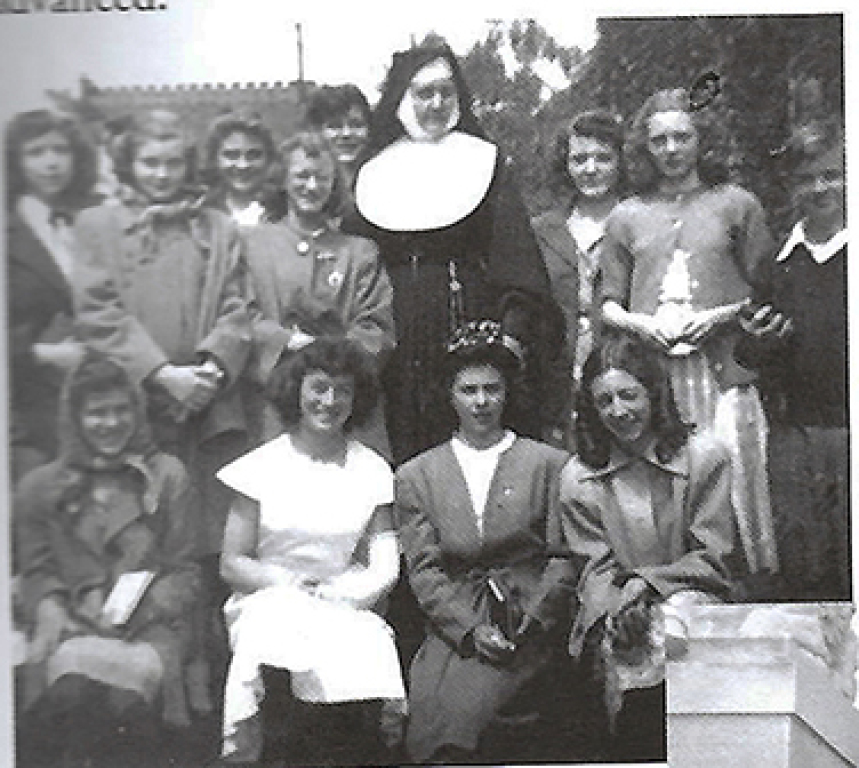 First up, in 1904, was the building of a Red brick schoolhouse, with 12 classrooms on the first and second floors, meeting rooms on the third floor and a 1,000 seat auditorium in the basement.

Then, in 1914 - construction of a permanent stone Church was undertaken.

Fr. O’Leary insisted on more modern design, rather than the prevalent Gothic style. He rejected the designs prepared by the original architect, appealing to the Bishop to allow new architects. He then worked with Cleveland architects Potter and Schneider, playing such a major role in the design that his name is included on the actual drawings.

Among the many unique aspects of the new design - St. Colman’s was one of the first Churches built without interior pillars, to allow full visibility and participation by worshippers. Much of the credit should go to Cleveland Ironworkers for creating the unique structure and supports.

Unfortunately, World War I delayed arrival of some materials, so the project was not completed until 1918

St. Colman Church was built at cost of less than $200,000, through donations from parishioners who were mostly working class, stevedores and other laborers, living in workingmen cottages - with the docks to the North and the stockyards to the South. As a result, the Church was completed with no debt.

Structurally, the exterior is made of Indiana limestone, and the façade consists of 4 great columns supporting the projecting cornice. The columns are flaked by two towers, each topped by a cross.

Fr. O’Leary - aware of the prevailing prejudice against the Irish - wanted the Church to be a status symbol, to show that the Irish were part of the status quo. He also wanted to show they were just as talented and gifted as Italian artisans. 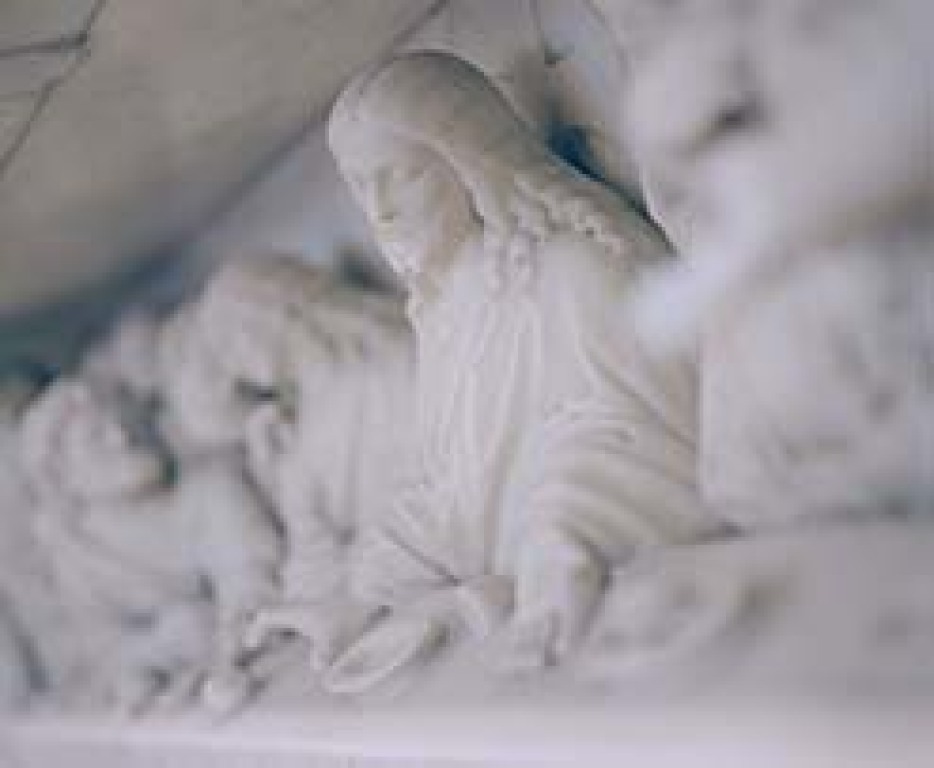 He traveled to Italy to purchase carrera and alabaster marble and then had some shipped to Dublin where Irish craftsmen carved the communion rail.

The rail features symbols of the Eucharist, as well as stories from the history and pre-history of the Eucharist. These include
St. Patrick giving communion to the High King’s daughters, Abraham sacrificing his son Isaac and other scenes of the Old and New Testament.

Irish artisans also carved the Baptismal Font and the Stations of The Cross. The artisans also traveled to Cleveland for the installations and many ended up staying.

The marble altars and statues were carved in Italy. 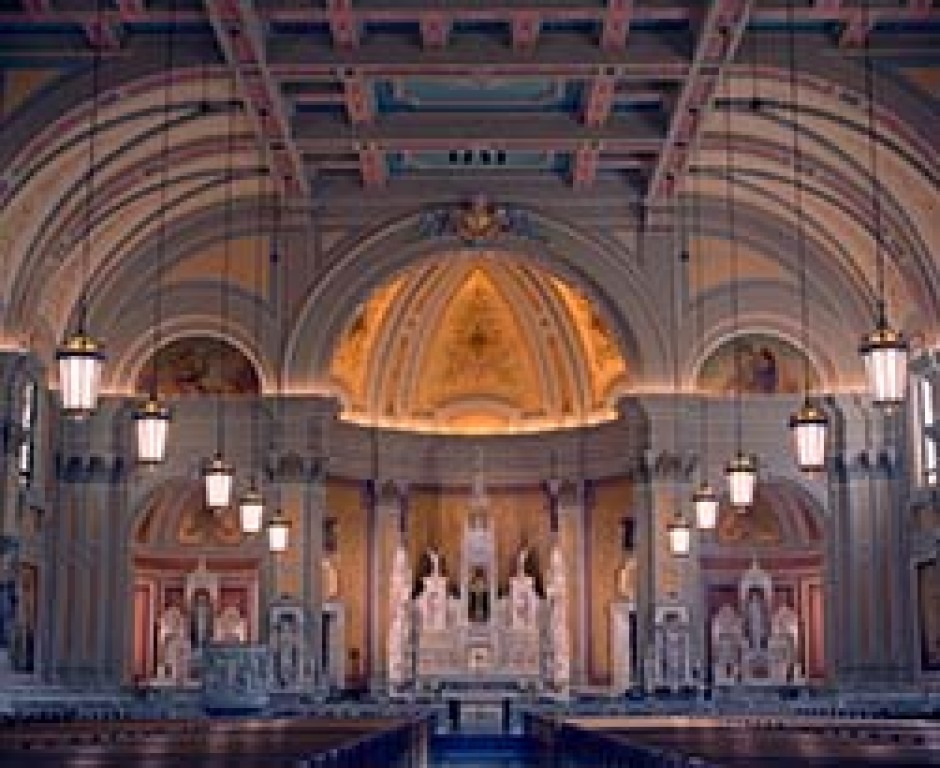 The interior features marble floors and terrazzo flooring below the pews.

St. Colman also boasts a unique color palette and motif, which is very different from other Churches in the area. Rich, jewel tones of turquoise, coral and gold adorn the walls and ceilings. In addition, the designs on the ceiling  were was done with inset faceted glass gems. 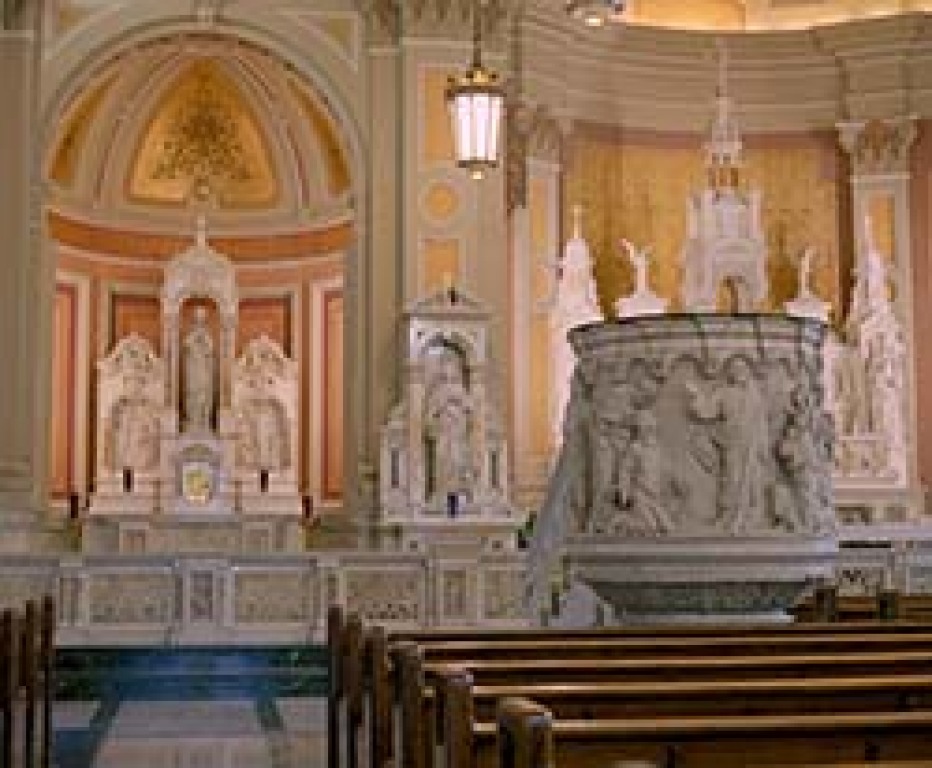 The stained glass windows, all funded through special bequests from parishioners, feature gold and amber tones that, with the sunlight streaming through, creates God’s Jewel Box effect.

St. Colman’s is one of the last ethnic Irish Churches to be built
in Cleveland.

The Convent was built in 1921 and a new School Building, on the corner of Madison and West 65th was constructed in 1925. The Rectory was added in 1930.

After World War II, the community, and St. Colman’s, experienced it’s greatest growth. To accommodate the need
for spiritual services, St. Colman held Masses both in the Upper and Lower Churches.

The Lower Church, while not as ornate, basically mirrored the look of the Upper Church.

St. Colman’s endured damage from a tornado during the 1950’s. The Statue of Jesus was blown down from roof, damaging his cross. The Statue is now on display in the
Church yard.

The storm also destroyed the cross on the top of one of the towers. The cross on the other tower was then removed and installed above the Church door.

THE COMMUNITY - AND ST. COLMAN'S - CHANGES

The 1960’s and 70’s saw the flight west of many residents, together with the construction of I-90 that destroyed many homes and businesses. This had a very negative effect on the community, and on
St. Colman Parish.

Due to declining enrollment, the School closed in 1974. For several years after, it functioned as a
pre-

school, for parishioners and neighborhood residents.

In 1994, Sisters Lucy Dragonette and Carol English were installed as Parish Leaders (in place of a Pastor), among the first in the Greater Cleveland Dioceses. Then
Bishop Anthony Pilla later referred to this action as “one of the best decisions" he ever made.

When the original School Building was torn down, the Parish lost its primary meeting space.

In 1996/1997, under Sister Ann Kilbane’s leadership (who succeeded Sister Lucy and Sister Carol), a massive restoration of the Church was undertaken, as well as a conversion of the lower Church into a Parish Hall that is currently used for a number of Parish and Community activities.

Within the Church, falling plaster was repaired and all the walls and ceiling were repainted.

A new sound system was installed and the hanging lights were retrofitted to accommodate florescent bulbs.

The paintings on the walls were cleaned and re-hung.

As part of the conversion of the Lower Church into the Parish Hall, a chair lift was installed, making the entire Church handicapped accessible.

In 1998, these efforts were recognized by the Cleveland Restoration Society, which presented the 1998 Preservation Award to the Parish of St. Colman for the Religious Structure Preservation of
St. Colman Catholic Church.

The award read, in part: “Since its construction in 1914, St. Colman’s has been a pivotal institution within its surrounding neighborhood. St. Colman’s is among the most impressive examples of the Neo-Classical style applied to church design in Cleveland.

“In need of restoration, the sanctuary has been beautifully restored using appropriate preservation practices. The result is breathtaking in its beauty and restores this space to its original glory."

In 2003, thanks to a grant through the Cleveland Restoration Society and a generous donation from a parishioner, the St. Colman Towers were retrofitted so that they can be lighted. Since then, each month the towers are lit in honor and memory of parishioners, family members and friends.

The lighted Towers have now become a beacon, a symbol of hope and growth for the entire area.

In 2004, Colman Court, part of the National Church Residences, was constructed to provide affordable housing for senior citizens.

As part of the 100th Anniversary of the Church Building, the Bell from the original, 1880 Church, was restored and made operational. It now hangs in
the North Tower.

Restoration and repair work continues on St. Colman Church, insuring that it remains as a tribute to the immigrants who built it and the later generations who sustain, nurture and grow God’s Jewel Box. 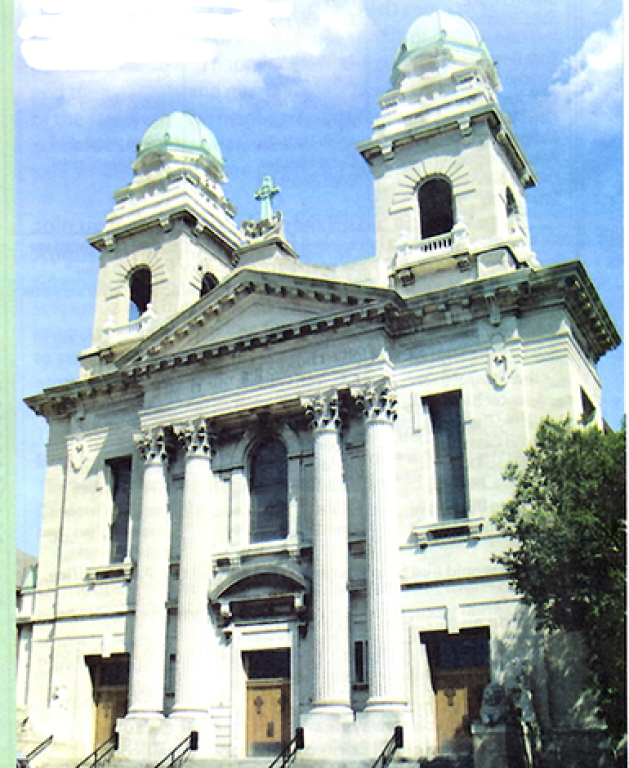